The Chicago International Film Festival, North America’s longest-running competitive film festival, will return to form this month with screenings in theaters and at a drive-in, as well as being streamed virtually from home. From dramas and thrillers to documentaries and comedies, the festival, scheduled for Oct. 13-24, presents an array of offerings, featuring competitive categories and programs that reflect Chicago’s multicultural communities in contexts that foster discussion.

The Chicago International Film Festival was started in 1964 by filmmaker and graphic artist Michael Kutza to provide an alternative to the commercial Hollywood movies that dominated the city’s theaters. Seeking out the best in international cinema, the festival has opened windows to a world of film previously or otherwise unavailable in Chicago. It is a festival of discovery — finding new talents, launching many celebrated directors’ careers and premiering their first films. It has a rich history of showcasing new voices, having presented the first features of Martin Scorsese, Ava DuVernay, and Alejandro G. Iñárritu among others.

Film highlights this year include award contenders such as The French Dispatch, Spencer, Belfast, Passing, and the internationally acclaimed films Memoria, The Power of the Dog, The Hand of God and Petite Maman. At many of the screenings, filmmakers, actors and other special guests will join in person or virtually from across the country and around the world to talk about their work and engage with audiences.

This year’s festival expands into Chicago neighborhoods with presentations at multiple venues across the city, beyond its hub location at AMC River East 21. These include the Music Box Theatre, the Gene Siskel Film Center, drive-in presentations at ChiTown Movies in Pilsen, as well as pop-up screening events at the historic Parkway Social in Bronzeville. The festival’s virtual screenings will be shown using its streaming platform, which will be accessible across Illinois and nearby states, including Indiana, Michigan, Wisconsin, Minnesota, Iowa and Missouri. These neighborhood-based screenings launch the Chicago International Film Festival’s community programs, developed in collaboration with community arts and educational partners to effectively reach audiences, from students and youth to adults.

Continuing its tradition of bringing people of different cultures, backgrounds, and experiences together through their shared love of cinema, the festival will feature inclusive programming such as Black Perspectives, Cinemas of the Americas (Latinx) and OutLook (LGBTQ+). During its 57-year history, the festival has also added several year-round initiatives that engage audiences of all demographics including educational screenings, CineYouth Festival, the Industry Days Conference, and free summer screenings.

Cinema/Chicago, the presenting organization of the festival, is a year-round non-profit cultural and educational organization dedicated to fostering better communication between people of diverse cultures through the art of film and the moving image. They serve Chicago’s diverse and under-served citizenry by providing access to world-class cinema, and aim to enrich Chicago’s cultural environment by presenting film in contexts that encourage discussion and debate.

Organizers hope the festival will inspire you to donate funds to support Cinema/Chicago’s valuable work. Your gift will be matched by Make It Better Media Group up to $10,000, doubling your impact. 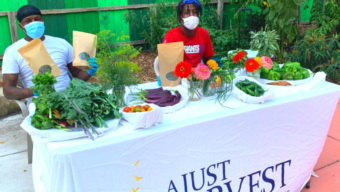